A big passion of Profi’s owners has always been the trade in fast-moving goods. That’s why he opened a “Neighbors” store exactly a year ago. This is the place where we can go wild with assortment, promotions, merchandising and develop our own sales! Anyone who wants to come and discuss the intricacies of merchandising is […]

RIGLI WITH A HIGH OPINION OF PROFI

Wrigley Bulgaria has officially expressed its satisfaction with its work with Profi Merchandising. We are proud that a company of the rank of Wrigley – a world leader in the production and sale of chewing gum with the brands Orbit, Winterfresh, Airwaves, Five, etc., with 90% market share in the Bulgarian market, gave an extremely […]

In January 2015, Gimel AD celebrated its 20th birthday. The company is a leader in the production of BIO products and one of the largest Bulgarian companies exporting to the foreign market. Organic vegetables “Gimel Organic” are available in the stores of German concerns Rewe, METRO and EDEKA, in the Marks & Spenser and Sainsbury’s […] 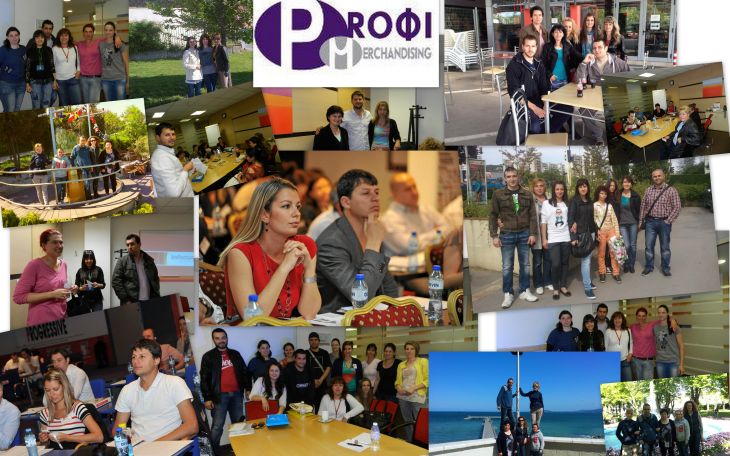 On 01.05.2014 PROFI Merchandising officially celebrated its fifth birthday. In these five years, the company has become an undisputed leader in merchandising services. The celebration started on the day when the company’s team joined with great enthusiasm. The solemn program ended with an evening party on the occasion. On the eve of the birthday, the […]

Profi Merchandising at Regal’s conference – “Where to now?” 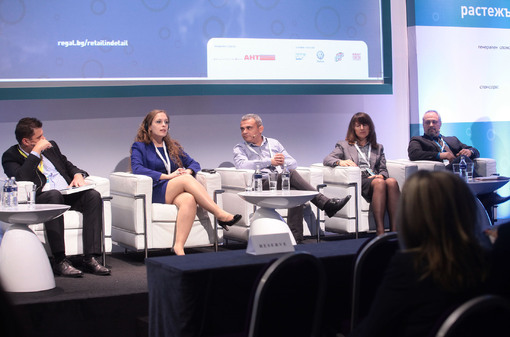 Our colleague Hristo Stanev was a moderator in the conference of Regal magazine – entitled “Where to now?” The event took place on October 24 in Sofia and brought together managers in the trade of fast moving consumer goods. The Chief Operating Officer of PROFI Merchandising was entrusted with the key role of moderating the […]

Hristo Stanev speaker at the conference “Good food is strength”

On September 29, our colleague Hristo Stanev was a speaker at the first conference of its kind entitled “Good food is strength” on the occasion of the 20th anniversary of Tandem. For the organizers and participants, the conference has become a shared cause for defending the right of Bulgarians to consume good and safe food […]

This fall, Profi Merchandising is taking care of Dormeo products

This fall, Profi Merchandising takes care of Dormeo products – pillows, duvets and mattresses, in all sites of the Kaufland chain. The project is part of the Kaufland loyalty program, which provides exclusive discounts to end users.

In February, Profi Merchandising launched a new project for merchandising in the traditional market , involving local chains and independent retailers. The project envisages covering all major cities in the country. The company has been operating on the market for four years now and offers professional merchandising services in major international chains. The results that […]

Echo of the seminar

The first practical seminar on “Merchandising in modern and traditional trade” took place on February 10 with the participation of our colleague Hristo Stanev, organized by REGAL magazine . The topic turned out to be extremely topical, the registered participants exceeded expectations and the organizers released a second date – March 16 for a re-run […]

MERCHANDISING – in modern and traditional trade

PROFI Merchandising is pleased to present the joint project with Regal magazine – the seminar – MERCHANDISING in modern and traditional trade. Practical cases, analyzes and trends from the FMCG market in Bulgaria will be the main focus of the event. The seminar will give you all the views of merchandising – basic principles, strategies […]

This website uses cookies to improve your experience while you navigate through the website. Out of these, the cookies that are categorized as necessary are stored on your browser as they are essential for the working of basic functionalities of the website. We also use third-party cookies that help us analyze and understand how you use this website. These cookies will be stored in your browser only with your consent. You also have the option to opt-out of these cookies. But opting out of some of these cookies may affect your browsing experience.
Necessary Always Enabled
Necessary cookies are absolutely essential for the website to function properly. These cookies ensure basic functionalities and security features of the website, anonymously.
Functional
Functional cookies help to perform certain functionalities like sharing the content of the website on social media platforms, collect feedbacks, and other third-party features.
Performance
Performance cookies are used to understand and analyze the key performance indexes of the website which helps in delivering a better user experience for the visitors.
Analytics
Analytical cookies are used to understand how visitors interact with the website. These cookies help provide information on metrics the number of visitors, bounce rate, traffic source, etc.
Advertisement
Advertisement cookies are used to provide visitors with relevant ads and marketing campaigns. These cookies track visitors across websites and collect information to provide customized ads.
Others
Other uncategorized cookies are those that are being analyzed and have not been classified into a category as yet.
SAVE & ACCEPT